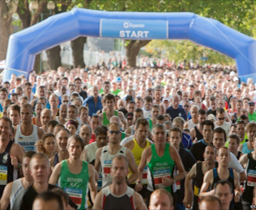 It’s amazing how workplace banter can escalate. Following some healthy debate between the IT and Finance teams one lunchtime, a few willing volunteers signed up to participate in the upcoming Robin Hood Half Marathon in Nottingham, on the 30th September, in aid of Macmillan Cancer Support.

This is the latest in a series of activities undertaken by the CET team in aid of Macmillan and follows on from CET’s participation in the ‘World’s Biggest Coffee Morning’ on the 28th September.

The volunteers have split into two teams, participating in the Ikano Bank Robin Hood Half Marathon and Mini Marathon.

What is the Robin Hood Half Marathon?

Established in 1980, The Robin Hood Half Marathon has been a notable inclusion on the marathon calendar for the last 38 years and welcomes thousands of runners every year to pound the streets of Nottingham.

A new element for this year is the Robin Hood Mile Challenge. A fully accessible mile-long ‘fun run’ for all abilities and ages along the Victoria Embankment, supporting runners from across the community aimed at getting people to #RunTogetherNow.

Who are the team members and why are they doing it?

“I started running a few years ago to get fit and help with stress management and have been hooked ever since. I found that a good way to commit myself to running regularly was to sign up for an event that meant I needed to get out 3 - 4 times a week.”

Having successfully completed marathons in aid of the British Heart Foundation and Macmillan over the last 3 years, Dan is now a stalwart of charity running “I enjoy doing it as the money we raise is going to such a worthwhile cause and support’s the community. Everyone knows the great work that Macmillan do and it’s great to be supporting them in any way we can.” 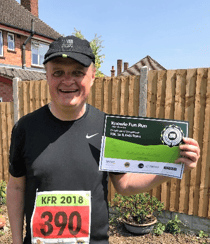 “I’m new to running and have not done anything like this before. I’ve done a couple of 10k “fun” runs in preparation over the last couple of months, but this will be the furthest distance I’ve ever run”

Classing himself as a “Veteran” and in the over 50s club Stephen was keen to get involved “It was an initiative started by Dan and the IT/Finance teams and I thought it sounded like something great to get involved in and it was now or never!”

“Macmillan is a charity close to my heart as they were a great help to my mother and offered excellent support to us at the end of her life.” 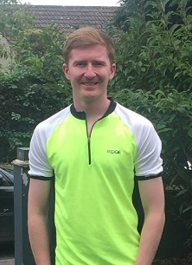 A keen footballer, Zac isn’t new to running and has previously participated in runs over shorter distances. It’s not all been plain sailing though, “I’ve found the training quite difficult, more than I initially thought I would. Normally I play football each week and had a brief stint of running a couple of years ago but typically that was limited to distances around 10k.”

“I’d wanted to get back into running and when I heard people in the office discussing it this seemed like the perfect opportunity to do so and also being able to do it in aid of a good cause made it a no brainer.” 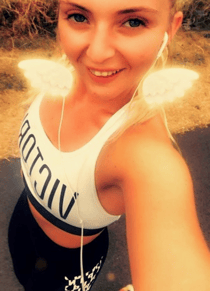 A regular gym-goer, Lucinda isn’t new to running; although this is a new challenge to her “I’ve never run this type of distance before, so it will be a real achievement to do this. I wanted to prove to myself that I could achieve it and it’s great we can help out the charity.” 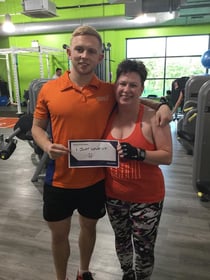 “Running isn’t something I do on a regular basis and don’t find it that easy. I’ve run half marathons before but normally do Boxercise and Bootcamp style training. I’m looking forward to the challenge!”

“I stay active and run twice a week. Supporting cancer research is important to me and I have run in support of it before. I’m excited to be running with the team to support such an amazing charity,”

"I've found the training quite challenging, but I'm excited about doing the run. The charity is very close to my heart and I'm passionate about doing all that we can to support them." Having run the Half Marathon last year, Fran's not new to these kinds of distances but is excited about running with her colleagues "I'm very excited to be running the Mini Marathon this year and cheering on all my splendid colleagues!"

We are now in our third year of partnership with Macmillan Cancer Support following the formalisation of our agreement in 2016. To-date, CET have raised over £10,000 through a combination of marathons, WOLF runs, cycle challenges and coffee mornings.

Karen Ackerley, PA to Directors at CET has been involved with the various Macmillan activities from the outset, providing much needed organisation and support to the CET team.

“We find that these types of activities are brilliant for bringing our teams together. We have a great group who are always up for a challenge and its excellent to see how everyone in the organisation has bought into the agreement with Macmillan. They do great work and it’s nice to be able to support them in this way.”

Speaking ahead of the marathon, Karen said “I don’t envy them running that distance! They have all dedicated themselves to the training and I’m sure will do us all proud!”.

The latest updates from around our business.

One of the country’s leading and fastest-growing claims management insurtechs, CET, has landed a major contract with appliance care company, Domestic & General

CET commits to being  Disability Confident

CET, one of the UK’s leading and fastest-growing claims management insurtechs, has committed to a government scheme to ensure that disabled people have the

CET, the claims management insurtech specialising in home emergency policies, is delighted to have joined the top 20% of global companies in being awarded the