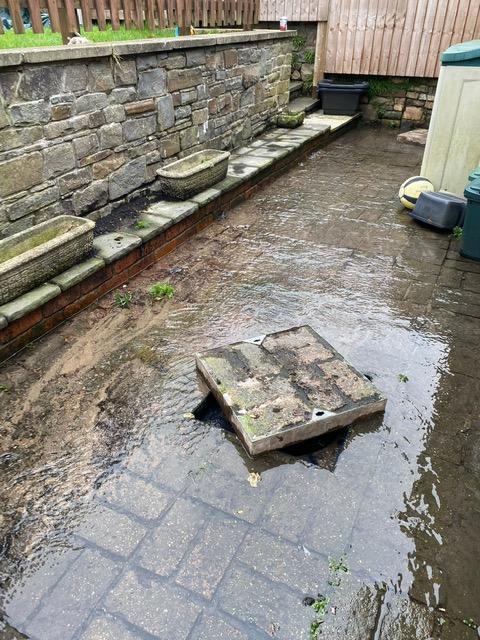 CET’s Underground Services team recently took on a mammoth project in south Wales to prevent flooding to the property of a Customer, as well as those of their neighbours. Nick St John, Technical Manager, explained more…

“I first attended the Customer’s property at the start of spring, and it was immediately obvious that there a huge volume of water backing up from the ground area and running towards the property. At this point, I undertook a thorough inspection of the property, and it became clear that the floodwater was being intercepted by three open chambers and, although these were fortunately preventing the property from being completely flooded, the situation was a real concern that needed addressing as soon as possible. 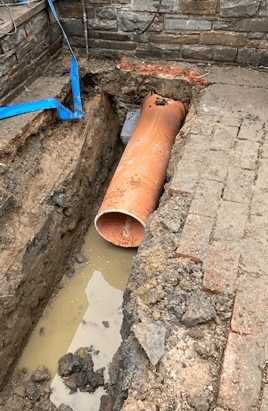 “At this time, the home was vacant to allow extensive works to be undertaken by a third-party contractor to stabilise the structural integrity of the property and this involved the pumping of grout beneath the footings. However, it soon became clear that in trying to resolve the issue regarding the structural integrity of the house, the grout had actually entered into pipework systems running underneath and this in-turn had blocked and even caused a collapse of a section of a pipe. It was at this point that I realised what was the cause of the flooding!

“Due to the urgency of the situation and to prevent flooding of the Customer’s property - and indeed a further two neighbouring homes - we decided to commence the removal of the grout through a combination of tanker jetting and cutting equipment. However, when our engineers completed a CCTV inspection this revealed that the pipe was 100% blocked and had fractured in places, meaning that the removal of the grout using through this method just wouldn’t work, and instead it seemed the obvious solution would be to replace the pipe. 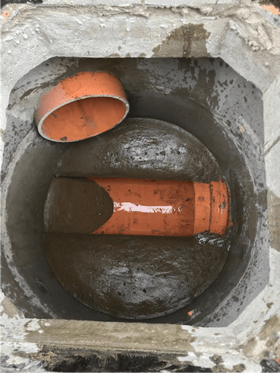 “However, this created another problem – how do we remove the pipework? We couldn’t simply excavate what is already there as this would’ve meant taking mechanical equipment into and through the property to remove the entire floor before digging-up the pipes. When we informed the Customer of this potential solution, they understandably wanted to avoid it if at all possible, so we had to find another approach.

“What we agreed upon was to divert the pipe from the rear of the property out to the side, before connecting back into the pipe under the front garden before finally connecting into the public highway. Now we knew this would be a mammoth task to divert the pipework to such an extent but finding the right solution not only in terms of what was best for resolving the issue while causing the least disruption for the Customer was our priority. 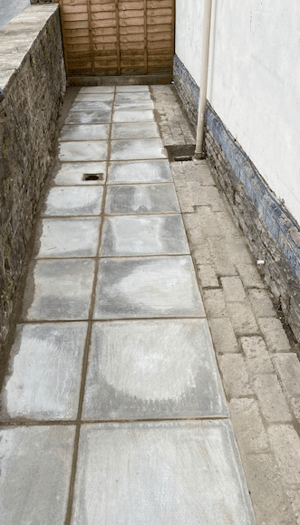 “What commenced was a huge undertaking during which we had to leave a pump in operation 24 hours a day in order to prevent flooding. We initially tried to use a generator powered pump but, as anyone who has ever heard one in action will testify, this was very noisy. Although the property that we were working on was empty for the duration we, of course, always look to take into consideration the local community and it was obvious that this couldn’t be used 24/7 without causing inconvenience to neighbours. So, we looked for an alternative solution and we managed to source an electric pump which was much quieter while also working sufficiently to prevent the flooding.

“The completion of the entire operation took a total of 24 days, including weekends, and it was far from a straightforward task with many hurdles which we had to find alternative solutions to. However, not only have we prevented the property itself and those of neighbours from flooding, but we also have a very satisfied Customer, and that is the reward in itself.”

CET has been named Supplier of the Year at LV= 🏆

At the LV= Claims Supplier Partner Awards 2022, CET was recognised as being LV= Supplier of the Year!

CET attended the annual LV= treasure hunt, which is held each year in aid of Family Action & Lighthouse, LV=’s chosen charity. This year, the action-packed event

CET commits to being a Real Living Wage employer

From the 1st April 2022, CET have committed to being a Real Living Wage Employer as defined by the Living Wage Foundation. CET decided to make this commitment as