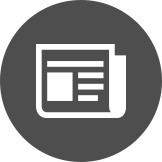 CET employees from around the UK have walked away from our national awards ceremony with a host of accolades recognising individual and team excellence, innovation and commitment.

The Infrastructure teams picked up a variety of awards, with prizes ranging from £200 in John Lewis vouchers to an all-expenses paid weekend trip in the UK. Tracey Laing, an account manager who has been with us for 4 years, received the Technology Award for her considerable contribution to an app development project which has seen CET revolutionise the way we record, analyse and report on field testing. Though an expert in estimating and project management, Tracey had no prior experience in programming but managed the app’s creation from the outset, bringing together key stakeholders and developers to deliver the CETi® testing app and database ready for launch this month.

Matt Oliver, a site manager based at Harrietsham, was named Health & Safety Champion in a category aimed at rewarding a commitment to health & safety that exceeds compliance. Matt’s nomination commended his ability to seamlessly merge his frontline management role with health & safety responsibilities and noted his efforts in nurturing a culture of safety throughout his team.

The first prize collected by the Property Insurance team was the Health & Safety Divisional award, presented annually to the division exhibiting the highest levels of attention to health & safety performance, exceeding standards on a daily basis and achieving an excellent record in a high-volume sector.

Next, the team collected a special award for their performance in a divisional cycle race in support of MacMillan Cancer Support. The challenge saw the Property Assurance division go head-to-head with the Infrastructure team in a stationary bike ride, each team covering the 450 miles between our Kent and Scotland offices. 73 participants clocked up an average speed of 20.7 mph and the two teams were separated by only 38 minutes. Property Assurance were victorious in a time of 22 hours and 28 minutes.

The prestigious Manager of the Year prize was awarded to Phil Howe, who won a weekend away in a European destination of his choice. Phil manages a significant account with a major insurer, acting as first point of contact for the client as well as overseeing a large team of call handlers. His role includes working remotely at the client’s offices at least once per month and more frequently during winter and bad weather. He has developed an exemplary client relationship as a result.

Finally, the hotly-contested Team of the Year award was presented to the Credit Control team, based at CET head office in Castle Donington, who triumphed against stiff competition from teams in Essex, Scotland and East Midlands.

CEO Bob Blunden, who hosted the Oscars ceremony for the sixth year, commented: “We are truly a nationwide organisation and our awards affords me the wonderful opportunity to congratulate a wide variety of teams and individuals who everyday live up to our motto – giving our all.”